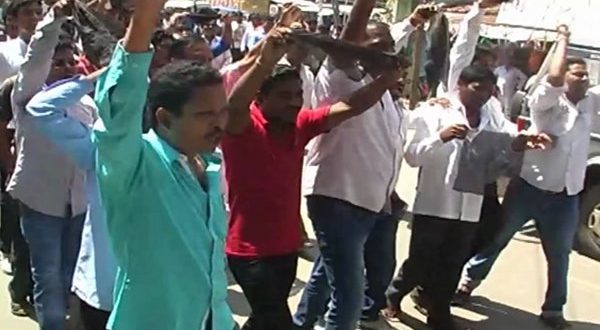 BHUBANESWAR: Marking their protest, the Congress activists on Friday again showed black flags to Health and Family Welfare Minister Atanu Sabyasachi Nayak in Cuttack, but did not hurl eggs at the minister this time.

Earlier, Food Supplies and Consumer Welfare Minister Sanjay Dasburma, School and Mass Education Minister Debi Prasad Mishra, including Nayak were shown black flags and hurled eggs during their visit to districts by the Chhatra and Women wings of the Congress.

Despite the warning of the ruling BJD that it would resort to same treatment to the Congress leaders, the Congress activists have continued with their agitation with black flags and eggs.

On Thursday, senior Congress leader Lalatendu Bidyadhar Mohapatra had dared the ruling party to stop him from protesting as he started his visits to several districts on Thursday.