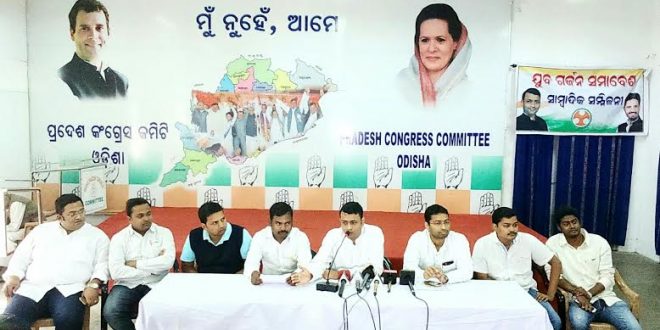 BHUBANESWAR: The youth wing of Odisha Congress on Friday announced to hold a ‘Yuva Garjan Samavesh’ at the Mahatma Gandhi Marg here on February 2.

The party would hold the Samavesh against the BJD-led Odisha government for failing to provide employment to youths, farmer suicide, irregularities in ration card distribution under National Food Security Act and deteriorating education system in the state.

He said the Samvesh would be against the state government for its failure on all fronts.

Sources said that the youth wing of Congress is trying to revive its organisation after success in egg hurling on the ministers of Odisha government.

It was earlier reported that senior party leader and former Bramhagiri MLA Lalatendu Bidyadhar Mohapatra was planning to hold a mega rally of students and youths of the party in the capital city.

Choudhury said preparations have already been started for the proposed Samavesh.