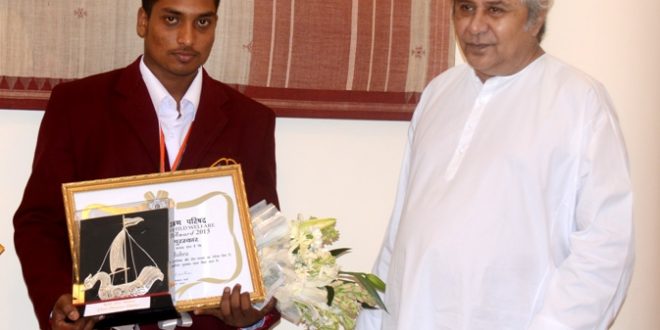 Mishra returned Bhubaneswar on Thursday after participating in the Republic Day parade and receiving the award from Prime Minister Narendra Modi.

Patnaik presented him a filigree work and a bouquet. Besides, he congratulated Mishra for showing exemplary courage in rescuing a minor boy Bidhubhusan from Kushabhdra River.

Mishra is a native of Dhirapur village under Nimapara police station limits in Puri district.

Instituted by the Indian Council for Child Welfare (ICCW) in 1957 the National Bravery Award is given to boys and girls in the 6-18 age groups showing exemplary courage. The scheme of National Awards to children for Bravery was started 58 years ago in 1957. The primary objective of the scheme is to give due recognition to the children who perform acts of bravery to inspire other children to follow their example.