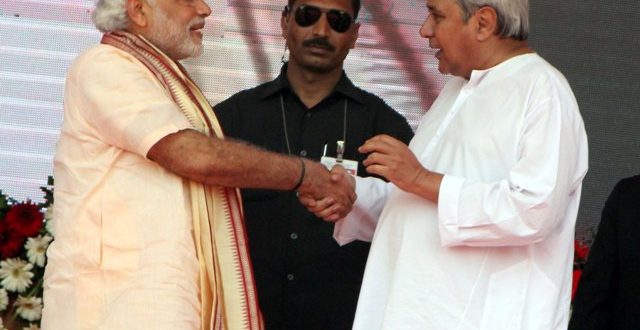 BHUBANESWAR: In order to counter the proposed farmer rally of BJP to be addressed by Prime Minister Narendra Modi at Bargarh on February 21, the ruling BJD plans to organise two farmers’ rallies at Kesinga in Kalahandi and at Gudvela in Bolangir on February 18.

The party is, however, yet to officially announce this.

The ruling party plans to draw a huge crowd in these two places to be addressed by party supremo and Chief Minister Naveen Patnaik.

The rallies come against the backdrop of the battle between the BJD and BJP to take credit for the inauguration of the IOCL refinery at Paradip on February 7.

“It is quite natural for political activities to be intensified this year in view of the upcoming panchayat elections in 2017,” said BJD spokesperson Samir Ranjan Das. He, however, refused to divulge details of the ruling party’s plans.

BJD MP Kalikesh Narayan Singh Deo also did not comment on the party’s proposed rallies at Bolangir. He, however, said the state government is launching a Rs 650crore mega lift irrigation project for the area, which will be inaugurated by the Chief Minister.

However, political experts feel that the move of the ruling BJD is meant to counter the Prime Minister’s farmers’ rally.

Buoyed by the success of Prime Minister’s visit to the state during the inauguration of IOCL Refinery, BJP plans to gather about one lakh people at the Bargarh rally.

As part of the strategy to counter the BJP, the state government is also launching its housing scheme for construction workers on February 20. The Chief Minister is likely to launch the scheme at Rourkela on February 24 and Sambalpur on February 27, sources said.

BJD leaders also plan to organise farmers’ rallies in Padmapur in Bargarh and Sundargarh district of western Odisha, party insiders said. However, these are likely to be organised after Modi’s proposed farmers’ rally.

BJD spokesperson PK Deb has, however, said that the Chief Minister’s visit to Kalahandi and Bolangir should not be linked to Modi’s farmers’ rally.