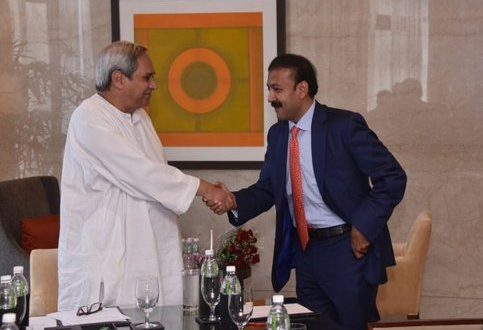 MUMBAI/BHUBANESWAR: Odisha attracted investments to the tune of Rs. 56,400 crores from different investors at the Odisha Investors Meet organised as part of Make in India Week in Mumbai on Sunday.

The state attracted investments to the tune of Rs. 56,400 crores including an aluminium refinery by L&T, expansion by NALCO, food processing and hospitality by ITC, expansion of the power plant by GMR and downstream petrochemical projects by IOCL.

Also, the state has received firm commitments from leading national and international players in Electronics Manufacturing, Food Processing and renewable energy. Adani Group has also committed expansion of Dhamra port to 100 million tonnes including the establishment of a container terminal, said a release.

The investors’ meet has generated very good interest in the investor community. The investors meet was attended by companies of national and international repute, including Fortune 500 companies.

The inaugural function was attended by Chief Minister Naveen Patnaik along with the senior officials with the participation of industry stalwarts such as Kumar Mangalam Birla, Y.C. Deveshwar, Shashi Ruia and others.

The event witnessed two key launches on integrated business services on eBiz portal, the online G2B portal of Government of India and Central Inspection Framework for industries online portal, the first of its kind in India.

These two initiatives of the government will significantly ease the doing business in the state, the release added.

The chief minister has also launched Odisha Industrial Development Plan: Vision 2025, which lays the roadmap for industrial development with the aim of generating 1.0 million jobs and attract an investment of INR 2.25 lakh crore.

The event was also attended by the home-grown startup entrepreneur Ritesh Aggarwal, CEO, OYO Rooms, who was requested by the Chief Minister to help the state in drafting its startup policy to unleash the entrepreneurial talents of the local youth.