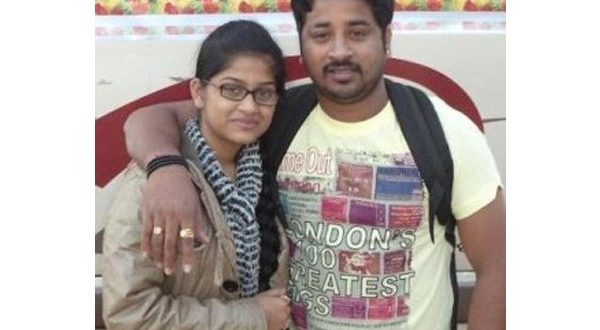 BHUBANESWAR: Even as the arrested popular television actress Pralipta Priyadarshini Samal aka Jessy was refusing her love affairs with Ranjit Patnaik alias Raja, the police have come to know that both were in a close relationship.

The police, which raided Solan-In hotel at Kharavela Nagar here, where the two actors were staying together for the past few months, have seized a laptop.

According to police, the laptop contains plenty of joint photographs of Raja and Jessy showing that they were in a relationship.

Besides, Ranjit had entered the name of Jessy as his wife in the hotel register giving credence that they were in a live-in relationship.

Sources said Raja was staying with his sister and brother-in-law at their Delta Colony house in the city here. However, it did not go down well with his brother-in-law when Raja came to his sister’s house with Jessy.

Since his sister and brother-in-law did not like Jessy, Raja moved out from their house and took a room on monthly rent basis at hotel Solan-In here.

Leads in the probe, according to police sources, suggest that Jessy was riding in popularity after huge success in tele serial To Agana Re Tulasi Mu. She was inching closer to her co-actor Tushar with whom she preferred to attend stage shows as both them made a highly sought-after couple by the audience.

However, Raja, who was seriously in love with Jessy, did not like the latter’s intimacy with Tushar and always guarded her.

On that fateful night, although the organisers of the Bhadrak stage show had invited Tushar and Jessy, Raja deliberately avoided Tushar and instead he accompanied Jessy.

Jessy was not at all happy with Raja’s behaviour, and they had a fight over this on the way.

The police sources added that Jessy used slangs at Raja during their return to Bhubaneswar forcing Raja to commit suicide.

Now, Jessy has been arrested for abetting Raja to commit suicide by jumping from a bridge on February 7 while returning from the event.