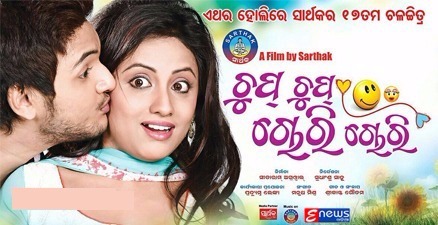 The movie based on a love story is the 17th Odia film of Sarthak production.

Babushaan Mohanty and Riya Dey are doing lead roles in this film. Chup chup chori chori is produced by Sitaram Agrawal and directed by Sudhanshu Sahoo.

While the music has been directed by Manmath Mishra, the lyricist is Srikant Goutam.