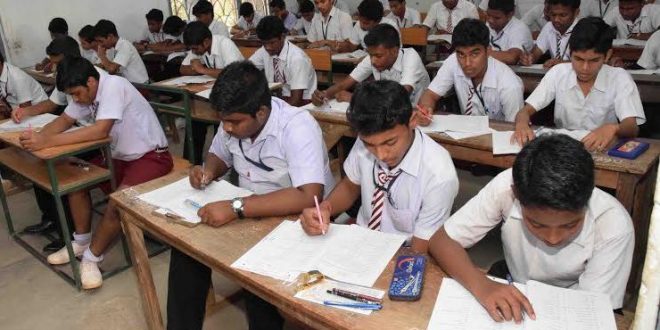 BERHAMPUR: In a bizarre incident, three teachers, including a headmaster, were arrested for allegedly messaging answers through a mobile phone to a student during the recently held high school certificate (HSC) examination in Odisha’s Ganjam district.

They were arrested on Saturday.

Police said a candidate came to the examination centre at Bharati Vidyapitha On February 29 to appear the math exam about 20 minutes late after examination started.

A mobile phone was recovered from his pocket by the invigilators during checking. After some time, some SMS and missed calls came to the phone, said a police officer.

On checking, answers of the questions were found in the SMS following which centre superintendent Sudhir Kumar Padhi handed over the phone to Ganjam District Education Officer Sanatana Panda, who instructed him to complain to the police.

They were presented in court which sent them to judicial custody for 14 days.