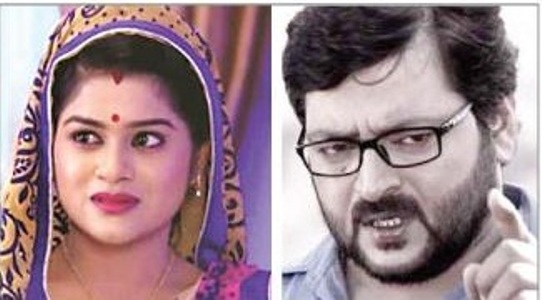 Trouble Yet Over For Jessy; Co-actor Quits Serial After Her Return

BHUBANESWAR: The return of Jessy alias Pralipta Priyadarshini Samal to Odia the teleserial “To Aganara Tulasi Mun” after her release from jail over Raja’s death case has not gone down well with her serial co-actors as a lead character “Dr Meher” has left the serial.

Bhagwan Behera, who plays the main character Dr Meher in the serial, has left serial protesting the entry of Jessy, whom he sees as a ‘criminal’.

“She (Jessy) has already spent 15 days in jail. She is yet to be acquitted in the Raja’s suicide case. In my view, she is a criminal. So, I did not feel comfortable to work with her. I have already informed the channel that I will quit the serial,” said Behera.

He said that the majority of actors in the serial are dissatisfied with Jessy joining the crew again and many others might leave soon the serial To Aganara Tulasi Mun.

On the other hand, Jessy playing the character of ‘Tulasi’ has warned not to turn hostile against her.
“I have committed nothing wrong. I am innocent, and my stand will be vindicated one day,” said the popular Odia actress.

She also hit out at some actors and the Odia teleactors’ association for not standing by her at this crucial juncture.

“They took out a candle light march for Raja. What did they do for me? I am still alive. Nobody stood behind me,” said a visibly annoyed Jessy.

The popular serial of Sarthak channel was facing troubled times after its main character Tulsi played by Jessy was arrested on charges of abetment to suicide of telly actor Ranjit Patnaik aka Raja.

After bringing changes in the storyline, Jessy had been replaced by Ollywood actress Lipsa Mishra. But after Jessy was released on bail from Soro jail, the actor was reinstated in the serial. Now, the storyline has again changed, and Jessy has become part of the cast.

Serial director Keshav Malik has said that the return of Jessy to To Aganara Tulasi Mun cast is expected to increase its popularity.