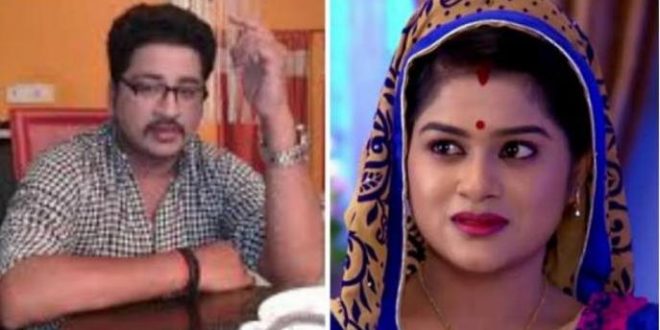 BHUBANESWAR: She is yet to overcome the biggest problem in her life, Odia television actor Pralipta Priyadarishini alias Jessy is facing another challenge from the tele industry, which has given her name and fame. Some actors are opposing her entry into the industry after she was arrested on charges of abetting co-actor Ranjit Patnaik alias Raja to commit suicide.

Actor Bhagban Behera has already quit popular television serial “To Aganara Tulasi Mun” after Jessy was reinstated as Tulasi, the lead actor in the serial, after she got bail in the death case of her co-actor. Behera decided not to share screen with the actress, whom he painted as a ‘criminal’.

The matter has already reached the Odisha Tele Actors’ Association (OTAA) and they will take a final call over the fate of Jessy at their executive committee meeting, whether she will be allowed to act or not with the criminal identity.

The actors have already pronounced her ‘criminal’ and cobbled up to punish with banishment from tele industry before the court starts hearing (forget verdict). They have decided to keep the glamorous industry spotless as if there is no casting couch and no investment of chit fund money and money from the mining scam.

Before you assume that I am a fan of the actress Jessy and advocating for her, let me tell you that I am neither a fan of her nor a viewer of any of her tele serial. Like others, I also want Jessy, if she really has instigated Raja to commit suicide, should be punished.

Nobody is above the law and the accused must be brought to justice. It is the job of the court to decide whether she is guilty or not. Given the large pending cases in courts, Raja’s death case would take at least 10 years (assumption) to be disposed off. Will it be right to force an actor into oblivion till the verdict of court comes?

But, the way the tele actors are behaving is ridiculous. Had it happened so, Bollywood stars like Sanjay Dutt and Salman Khan would not have acted in films since last one and half decades. People would have forgotten them.

Sanjay Dutt, who has recently walked free from jail, was convicted for illegal possession of weapons in the 1993 Mumbai serial blasts. Salman Khan, the most popular actor in Bollywood, is an accused of killing a man in 2002.

The actor’s Toyota Land Cruiser had crashed into five men sleeping outside a bakery in Bandra. What happened to them? Did the Bollywood industry impose a ban on the actors after the incidents? Rather, the industry welcomed them whole heartedly. And the cine lovers are giving thumps up to the films of Salman Khan. It is another matter that nobody would forgive any offenders for indulging in crimes.

If we go by the contention of the actors, then majority of the lawmakers of the country including MLAs in Odisha should be debarred from holding their posts and contesting elections given their long list of criminal records.
Interestingly, the so called popular actors are often seen campaigning for these leaders having criminal records during elections.

In 147-member Odisha Assembly, 52 candidates, who have declared criminal cases pending against them, have been elected in 2014 elections. Of the 52 MLAs, 41 have serious criminal charges which include attempt to murder, rape, kidnapping, crimes against women etc.

If you are ready to campaign for such persons having criminal background and they are not ‘criminals’ for you, then why is such hypocrisy to Jessy?