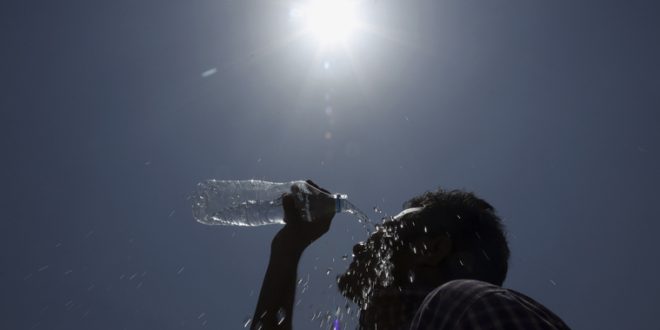 BHUBANESWAR: The sizzling heat wave condition prevailing in most parts of the state for the last couple of days has crippled the normal life as day temperature continued to hover over 40 degree Celsius in several towns of the state.

“The temperature in coastal districts are in increasing trend due to the absence of sea breeze and mainly westerly wind flow through central India towards Odisha coast. A similar trend may continue for one week or more because the probability of occurrence of thundersquall activity for next one week is very low and also a continuation of mainly westerly wind,” said a release from India Meteorological Department (IMD), Bhubaneswar.

Moreover, day temperature in interior districts/western districts are near to normal, or around two degrees above normal and the normal value are in between 39 to 410C, so, day temperature will be more than 400C at most of the meteorological observatories in Interior Odisha, it added.

The trend of rising day temperature will also continue for a week or more in interior districts of Odisha.

It, however, said that there is no need to be panic as a similar type of higher temperature is also experienced in the past.

Moreover, fatality due to heat wave can be reduced by taking precautionary measures circulated by the state government.