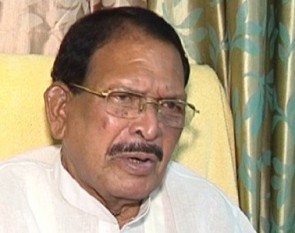 SUNDARGARH: Former Odisha chief minister Hemananda Biswal has been admitted to VSS Medical College and Hospital, Burla after he complained of chest pain on Thursday.

The former chief minister was admitted after he complained of chest pain, he added.

Biswal was chief minister of Odisha on two brief occasions. He was in office from 7 December 1989 to 5 March 1990 and again from 6 December 1999 to 5 March 2000. Later, he became MP from Sundargarh constituency on Congress ticket in 2009.