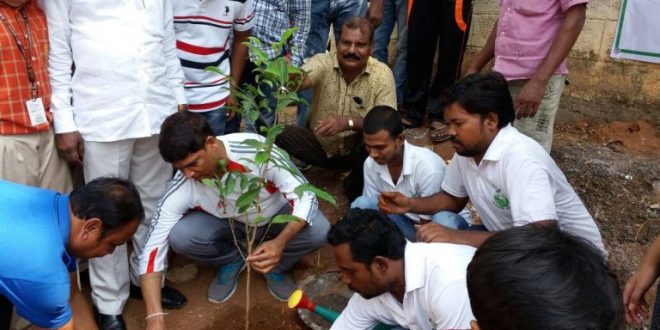 BHUBANESWAR: The Odisha government has set a target to plant saplings in 20,000 hectares of land in several parts of the state this year, said an official on Friday.

Besides, the government would regenerate around 20 lakh hectares of degradable forest land within four years including five lakh hectares this year under different programmes.

Attending International Earth Day celebration here, forest and environment minister Bikram Keshari Arukh said the government is in the process of planting trees in several parts of the state.

Department secretary Suresh Mohapatra said the department would go for roadside plantation in the stretches of about 5000 km every year.

“The department has planned to plant few specific species of trees which can withstand 100 km to 150 km per hour wind speed during the cyclone,” said Mohapatra.

Informing that it has already started a drive to regenerate the forest in barren hills, he said the department has focused on the urban plantation that would help to decrease rising temperature.

Besides, the government has decided to construct series of water harvesting structures inside the forests for helping animals and recharge ground water and extend the life of streams and rivers generated from the forests.