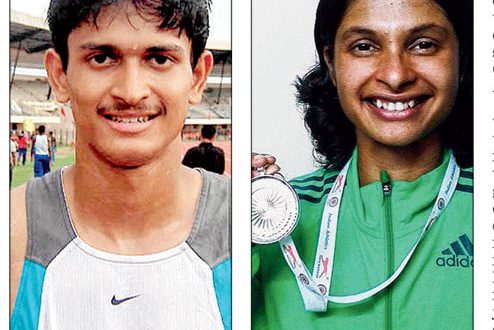 Despite their sterling performances, the two were not sure about finding a berth at Rio.

As the electronic time metre was not functioning due to a power failure at the stadium, the track athletes were suffered as their scores at the first Indian Grand Prix couldn’t be registered.

“The organisers were using hand-timers instead of electronic devices because the power went off at a crucial time. The Olympics qualifying panel is not considering the hand-timer,” said Odisha Olympic Association (OOA) administrative officer Prabodh Kumar Mohanty.

“The organisers were not very keen, and consequently, the two promising athletes had to suffer,” Prabodh rued.

Amiya and Srabani, however, will have two more chances to qualify for the Olympics.

They have to perform well in the upcoming Federation Cup in New Delhi, April 28-30 and Second Indian Grand Prix at Patiala starting May 3.