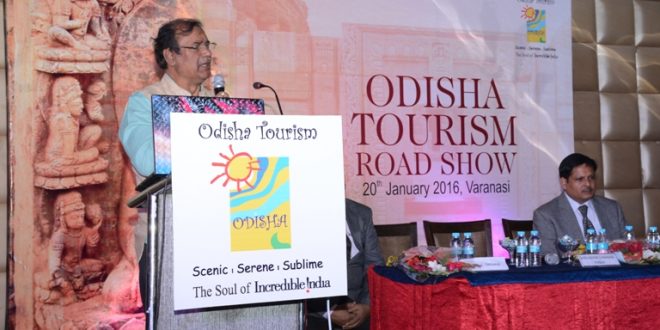 Replying to a written question, Panda told the Assembly on Wednesday that the total number of foreign tourists who visited Odisha in 2015 is 66,971, which is around 5,000 less than the figure for 2014 despite efforts to promote tourism.

The number of foreign tourists who visited the state stood at 71,426 in 2014, the minister said. This was higher than the number in 2013, which was 66,675, the minister said. However, the figure for the total number of tourists, which includes both domestic and foreign travellers, has been witnessing an increasing trend since 2013, he added.

While 98.66 lakh tourists visited the state in 2013, the figure touched 1 crore in 2014. In 2015, this figure was 1.45 crore. This was because of the high footfall of domestic tourists in these three years, the statistics revealed.

Tourist police cells have been created at major tourist places, and sea beaches such as Puri, Satpada, Chandrabhaga, Nandankanan, Dhauli, Lingaraj temple, Gopalpur and Chandipur, the minister said while highlighting the measures taken for the safety and security of tourists.

“A tourist emergency fund has been created in each district to give financial assistance to tourists in times of disaster,” the minister said.