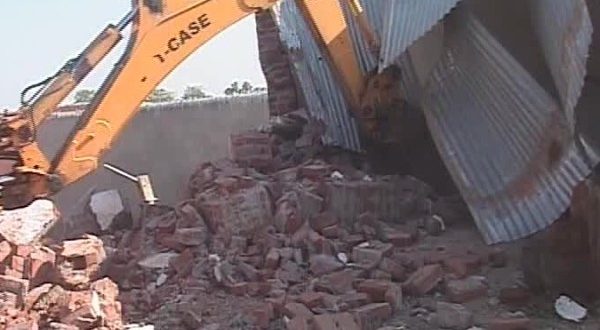 Today, the eviction of encroached land has started, added Parida.

According to sources, Bolangir municipality has served at least 7 notices to vacate the encroachment.

A total of six platoons of police have been deployed, and there are no reports of any untoward incident or resistance, said SDPO Narayan Naik.

Meanwhile, police interrogated Timan where he admitted to grabbing land.