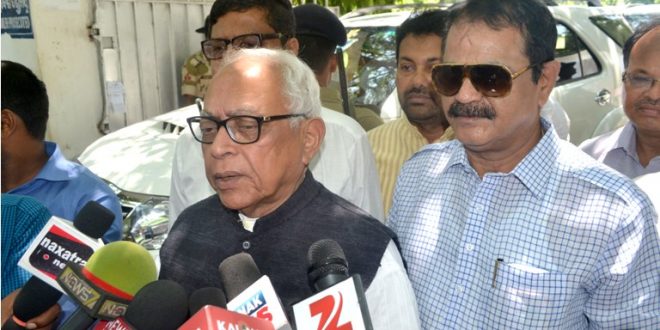 BHUBANESWAR: Congress legislators led by Leader of Opposition Narasingha Mishra on Saturday appealed Governor SC Jamir to recommend invoking President’s rule in the state as the ruling BJD is showing dictatorial attitude in the house of Odisha Assembly.

“If a ruling party with a brute majority is determined not to allow the opposition to have their say, where stands democracy? This amounts to the breakdown of the constitutional machinery,” said the memorandum submitted to the Governor.

“The members of the ruling party paralysed the proceedings of the house for two full days and that too when demand discussion was to take place. In the result, the demand discussions could not take place and the same was not passed. This amounts to the denial of constitutional rights of the members of the legislative assembly,” said the memorandum.

Mishra said a Leader of Opposition is not allowed to have his say on the floor of the house.

The state government through its spokespersons and ministers have are openly making statements that they would not let the Opposition members speak in the House, he added.

The Congress party demanded the resignation of chief minister for his involvement in the chit fund scam and immediate appointment of  Lokayukta so that the allegations against the chief minister can be inquired.