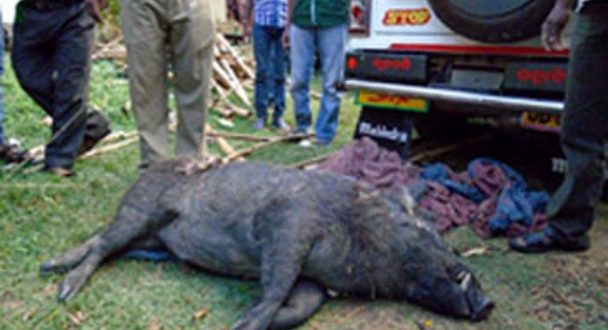 KENDRAPADA: In a man-animal conflict, a wild boar was lynched to death after it injured a 60-years old man in Kharianta village under Mahakalapada Forest Range of Kendrapada district on Sunday night.

The boar attacked the old man while he was returning from his agriculture field. Later, the injured was rushed to the local hospital for treatment, informed Bijay Kumar Parida, Ranger of Mahakalapada Forest Range.

On Monday, the forest personnel rushed to the village in order to take stock of the situation and to seize the body of the wild boar.

Meanwhile, the Ranger of Mahakalapada informed that the forest department would provide compensation to the injured Jitendra Nayak.

He also said they would register a case against those who killed the wild boar after a through inquiry by the forest department.

Notably, a wild boar was also lynched to death at Gajarajpur under Brahmanisahi GP of Rajnagar police station after the locals located the wild boar in the village.