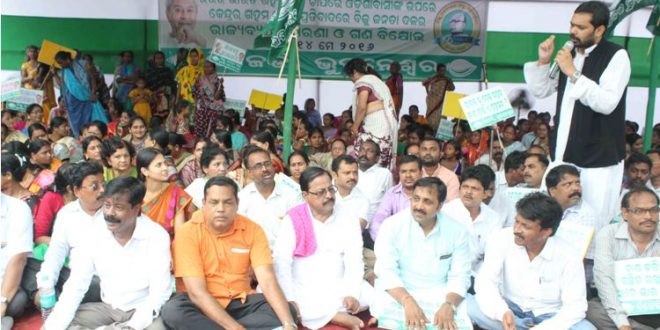 They submitted a memorandum addressed to President of India through District Collector.

The BJD leaders also held a demonstration in the Odisha capital protesting against the wheat allocation to Odisha under National Food Security Act (NFSA).

According to the memorandum, the reduction in the allocation of rice to Odisha may affect a lot in ensuring the food security of tribals of Odisha.

24% of Odisha population belongs to Schedule Tribe, who prefer rice in their daily diet. Providing wheat under PDS scheme would create a problem for them as they cannot mill the whole wheat quickly and making roti is an alien activity for them, said the memorandum.

It stated that Odisha is rice consuming state and is one of few surplus rice states in the country and has been contributing to the Central pool since last 7-8 years.

Last year FCI received over 16 lakhs tonnes of rice out of which it evacuated more than 14 lakhs tonnes to other states for meeting their needs under PDS. But the government of India has been allocating more wheat to Odisha just to please North India wheat procuring states, the memorandum pointed out.