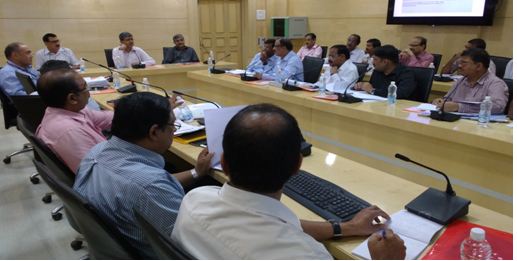 BHUBANESWAR: Transport Commissioner Dr Chandra Shekhar Kumar on Friday said that they had suspended 18,000 driving licenses for violating traffic rules in the state.

He said driving offences committed by the drivers are being entered into their DL database which is being regularly updated.

The driving licenses of the drivers committing more than 5 offences are being suspended.

Kumar informed it while a review meeting chaired by Chief Secretary Aditya Prasad Padhi on the implementation of road safety measures in Odisha.

The NHAI was advised to act promptly on the observations of Supreme Court Committee and start corrective works of the black spots on National Highways. They were further asked to fix appropriate shinages and signals on national high ways and bypass roads leading to various towns and cities within a month.

Transport, Police and works departments were directed to work in teams for implementation of road safety measures and enforcement of the rules.

Chief Secretary also directed to set up a trauma care center in Capital Hospital and assured that necessary fund support would be provided by State Govt for the purpose.

Padhi said, “As per the recommendations of the Road Safety Committee constituted by Supreme Court, the state is making all out efforts to curtail road accidents and causalities. The issues relating to the identification of black spots, necessary corrective measures, checking of drink & drive, suspension of driving licenses of the habitual traffic offenders, the establishment of trauma care centers, etc. were discussed and sorted out in the meeting”.

Padhi added that so far 8 trauma care centers have been set up in various places for taking care of the accident victims.

The proposal has been prepared for setting up another 8 centers in the State.

Chief Secretary Pdhi advised police to take up ‘no helmet and no-fuel’ as a public movement and ensure its implementation in petrol pumps.