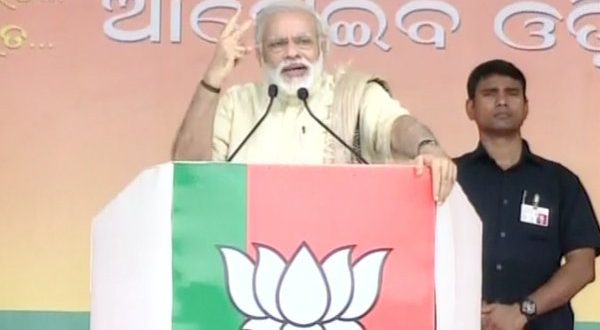 Modi Attacks BJD Govt Over ‘Lack Of Development’ In Odisha

BHUBANESWAR: Even as Odisha would face elections in 2019, Prime Minister Narendra Modi on Thursday virtually sounded poll bugle in the state saying “if you want development, be with BJP.”

“Wherever we are in power there is development. We are not in power in Odisha, and you can see the plight of the people here. BJP is dedicated to development. BJP’s second name is development,” said Modi addressing a massive gathering at AIMS ground in Balasore.

Indirectly attacking the BJD government for its failure to develop the state despite abundant natural resources, Modi asked why the state remains poor?

“Odisha has excellent natural resources like coal, iron ore and sea and blessings of Lord Jagannath. But it continues to remain poor. What is the reason that poverty is not leaving us?” asked the Prime Minister.

“In the western part of India, there is economic development, why is there no development in Bihar, West Bengal, Odisha,” asked Modi.

He said that his government emphasises on the development of Eastern Indian states including Odisha.

He said the government is accountable for every paisa amidst the citizens of the country.