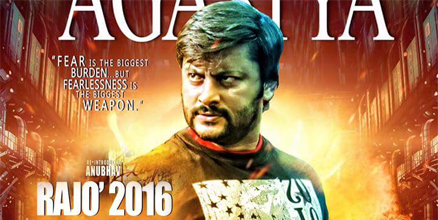 BHUBANESWAR: Three Odia movies Agastya, Love Station and Premare Premare hit the silver screens just ahead of Raja in the state on Sunday.

Agastya, one of the most awaited Odia films, has Anubhav Mohanty, Akash Dasnayak, and Jhilik Bhattacharya in the lead role. The song of the movie Dhire Dhire Bhala Paigali Jebe is already a hit in social media.

The film is produced by Akshaya Parija and directed by K. Murali Krishna. It released in 55 halls across the state, said sources.

Brindaban Theatre, Cuttack and Swati Theatre, S-complex, Bhubaneswar would hold the premiere show of the film.

The film would release in more than 50 theatres, said production house sources.