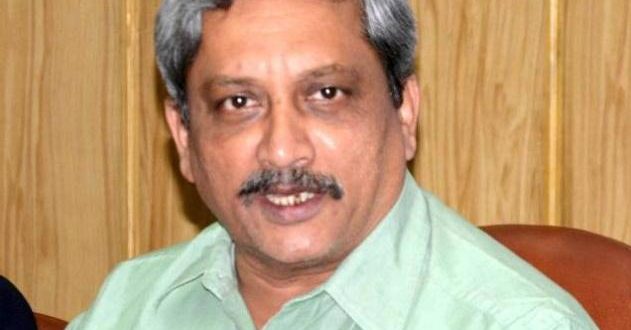 “I am the Defence Minister of the country. If anyone has guts, let him come in front of me,” said Parrikar at a press meet here.

He said the state govt was feeling insecure despite the fact that the poll will be held in 2019.

“The ground under their feet is sleeping. They are doing these out of fear. Whatever happened in Bargarh was planned. But it is wrong,” said the BJP leader.

“The Bargarh incident was pre-planned. I condemn it,” he added.

Notably, some BJD leaders allegedly attacked the convoy of Textiles Minister Santosh Gangwar, who was on his way to attend BJP’s Vikas Ustav at Bargarh on Friday. He was accompanied by Food Processing Industries Minister Sadhvi Niranjan Jyoti and former Jharkhand chief minister Arjun Munda.

Meanwhile, the state BJP has decided to stage demonstrations at blocks on June 29 protesting against the attack on Union ministers’ vehicle at Bargarh. It would also hold demonstrations in front of Raj Bhavan at Bhubaneswar on July 4.