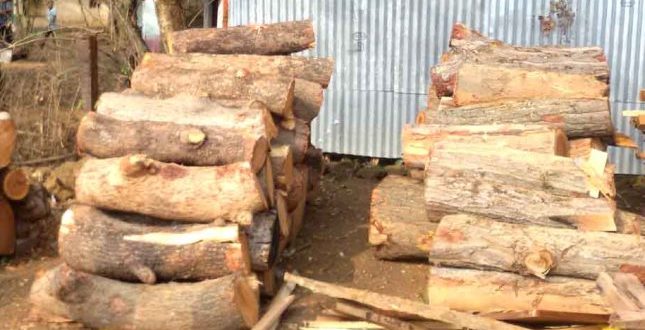 They also seized a timber-laden vehicle near Raghudeipur village on Kendrapara-Derabish road while it was on its way to the Balabhadrapur-based saw mill.

The seized timber would be worth of Rs 40,000, informed H.S.Muduli, Ranger of Kendrapara Forest range.

The arrested persons have been identified as  Sanjeev Kumar Sahu, the driver-cum-owner of the lorry, Karunakar Moharana, the carpenter, and Kanhu Charan Mohanty.

All the arrested belonged to Jamara village under Mugubadi of Nikirai police station.

Muduli said the arrested persons were later produced before the SDJM court of Kendrapara. The court remanded them to jail custody.

According to the Ranger, all the three arrested were timber mafias.

They used to cut trees on Gulanagar-Indupur road during the night and took the timer to saw mill, he added.