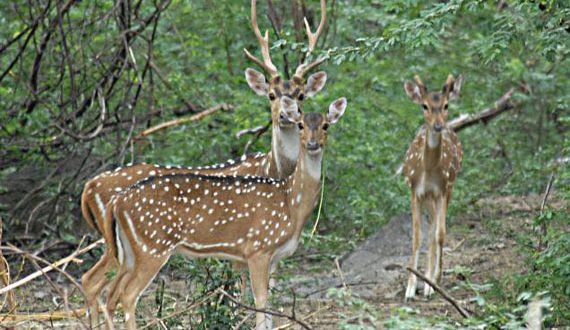 KENDRAPADA: A spotted deer died when the Forest Department officials were taking it to release in Mahabinayak forest of Kendrapada district on Sunday.

According to the forest official, the villagers of Chhagharia village came across the spotted deer moving in their locality on Sunday morning.

As a result, the locals chased the antelope at the agriculture field and caught it.

They informed the Kendrapara Forest Range to take the animal.

A forest personnel team led by the Ranger of Kendrapara Forest Range, Himanshu Sekhar Muduli, rushed to the spot and rescued the hoofed animal.

The spotted deer was a male. Its weight would be more than 40 kg.

Himanshu Sekhar Muduli said while the forest personnel were taking the spotted deer to release,  the hoofed animal died on the way near Shyamsundarpur on Paradip-Daitari Expressway.

Though the reason behind the death of the spotted deer is yet to be ascertained, the forest personnel apprehended that the deer might have died due to cardiac arrest.