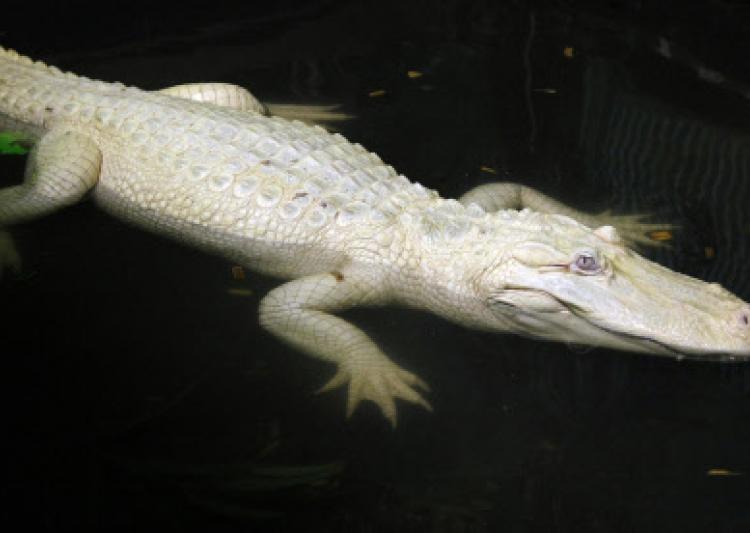 Kendrapara: The eggs laid by the albino crocodile Gori, India’s only captive albino white crocodile and the main attraction of the Bhitarkanika National Park in Kendrapara district, have once again turned out to be infertile, forest officials said.

“Once again, the eggs laid by Gori were proved infertile as hatchlings failed to come out after the incubation period on Friday” Kanika forest ranger Akhaya Kumar Nayak said.

He, however, informed that the albino was fit and fine.

Gori left the nest after destroying the eggs and went Into a water body inside the pen in Dangamala Crocodile Scheme area, the ranger said.

According to forest officials, the 41-year-old captive reptile, which is a rare albino in Asia, had laid around 40 eggs this time. The eggs were bigger in size than those laid by the crocodile in 2011.

Forest officials were optimistic that this time hatchlings might come out of the eggs after 45 to 60 days. The pen in which Gori has been staying since her birth was expanded 11 times and was connected to a nearby creek in 2014.

Similarly, the pen of ‘Hyderabadi’, a male crocodile, located near Gori’s pen, has also been expanded to the nearby creek for its free movement. So, there is every possibility that either Hyderabadi or any other male crocodile, inhabiting in the wild, might have entered into Gori’s pen and mated with the albino, the ranger said.