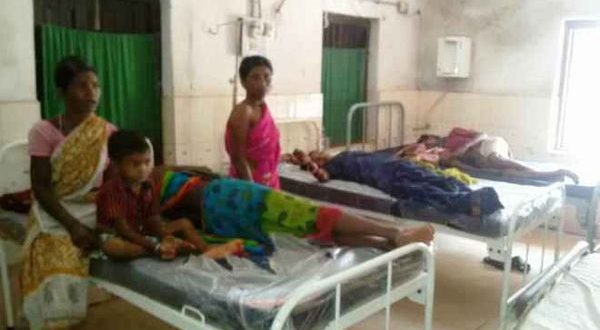 Rayagada: Two persons died after consuming mango kernel while six have been admitted to hospital in Kashipur block of Rayagada district.

While a minor boy had died on Thursday, a 60-year-old man died in hospital on Saturday. Six others were left battling for life after surviving on mango kernel gruel in Sipijodi village of Talajhiri panchayat under Kashipur block.

The deceased were identified as Ranjan Kumar Majhi (13), son of Harpil Majhi and Shiva Majhi (60).

The patients have been admitted to Kashipur community health centre.

According to the villagers, these tribals had prepared gruel from mango seeds and ate it on Wednesday. Ranjan died of diarrhea the next day while seven others including his parents were rushed to Kashipur CHC after they became sick.

Meanwhile, it is learned that Ashadhu Majhi of Dumorkana village and Kandia Majhi of Rashijari village recently died from diarrhea, but the administration is reportedly unaware of their deaths.

Rayagada ADM Laxmikant Behera said, “We are inquiring into whether they have consumed mango kernel or it was a case of food poisoning. A doctor team is inquiring into the matter.”