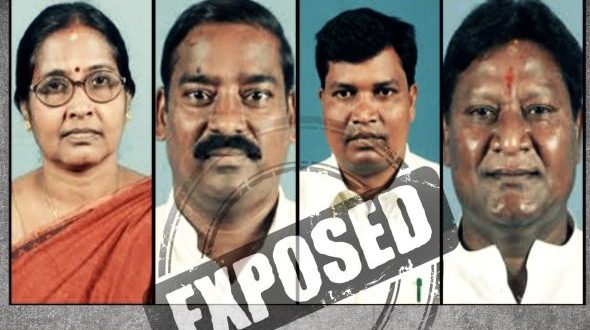 Bhubaneswar: The opposition BJP and Congress on Monday demanded the resignation of four BJD MLAs, who were caught on camera for demanding crores of rupees to facilitate setting up industries in their respective constituencies.

The activists of Congress and BJP took out rallies in Bhubaneswar and other places of the state demanding action against the MLAs. They also burnt the effigies of the MLAs.

Notably, Odia television channel on Monday aired some video footage of four BJD MLAs while demanding money for giving no objection certificate (NOC) and facilitating land acquisition in their constituencies.

Seemarani Nayak was demanding Rs. 40 crores to give NOC and garner public support for a textile industry in her constituency, Susant Behera demanded Rs 8 crore for facilitating land acquisition and giving NOC to set up a power plant.