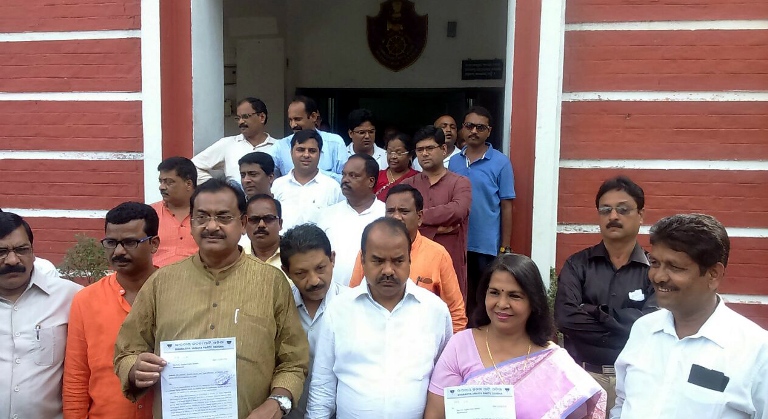 Bhubaneswar: The four BJD MLAs, who were caught on camera for allegedly demanding money from industrialists, on Wednesday lodged a complaint with Commissionerate Police seeking action against the person who conducted the sting operation.

The MLAs also sought action against the television channel, which aired the video clips.

They alleged that the person, who met them impersonating as an industrialist, blackmailed them through the video footages and demanded money threatening that he would share it to the media to tarnish their images.

In the FIR, the BJD lawmakers also pleaded that they were innocent.

Meanwhile, some BJP leaders on Wednesday filed a complaint with the police seeking action against the MLAs.

“The MLAs were soliciting money for helping the government activities and for illegal gratification in the name of other ministers and MLAs and also in the name of Chief Minister of Odisha,” said BJP vice president in the FIR.