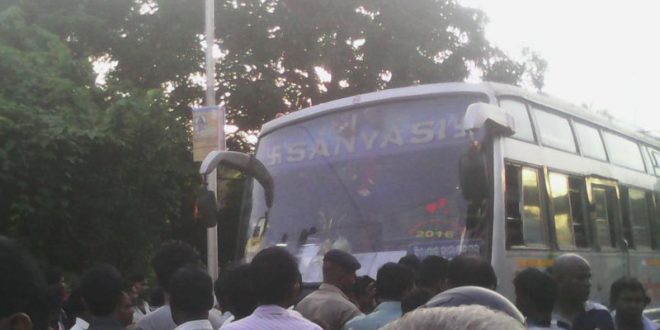 Dhenkanal: At least 6 persons were killed and 25 injured after a bus in which they were traveling came in contact with the live electric wire in Bhuban of Odisha’s Dhenkanal district on Tuesday.

The injured have been admitted to Bhuban Hospital while two of them have been shifted to SCB Medical College and Hospital at Cuttack, Dhenkanal SP Basant Panigrahy said.

The unfortunate incident occurred near Sishumandir Square in Bhuban NAC area when the bus was taking a detour following a road mishap, said sources.

The bus came in contact with an 11kv live electric wire, said police.

The bus named Sanyasi was going from Cuttack to Biarasala in Kamakshyanagar.

The driver and conductor of the bus are absconding following the incident, said police.

OPTCL also announced Rs 5 lakh to the families of the deceased.

Energy Minister Pranab Prakash Das directed the engineer-in-chief to probe into the matter.

It is an unfortunate incident. We have directed a probe into the matter and action would be taken if anyone found guilty -Energy Minister Pranab Prakash Das.

Police said the bus took a detour as the Kamakshyanagar-Bhuban road was blocked after a home guard died in a road accident. The bus came in contact with the live wire which was sagging.