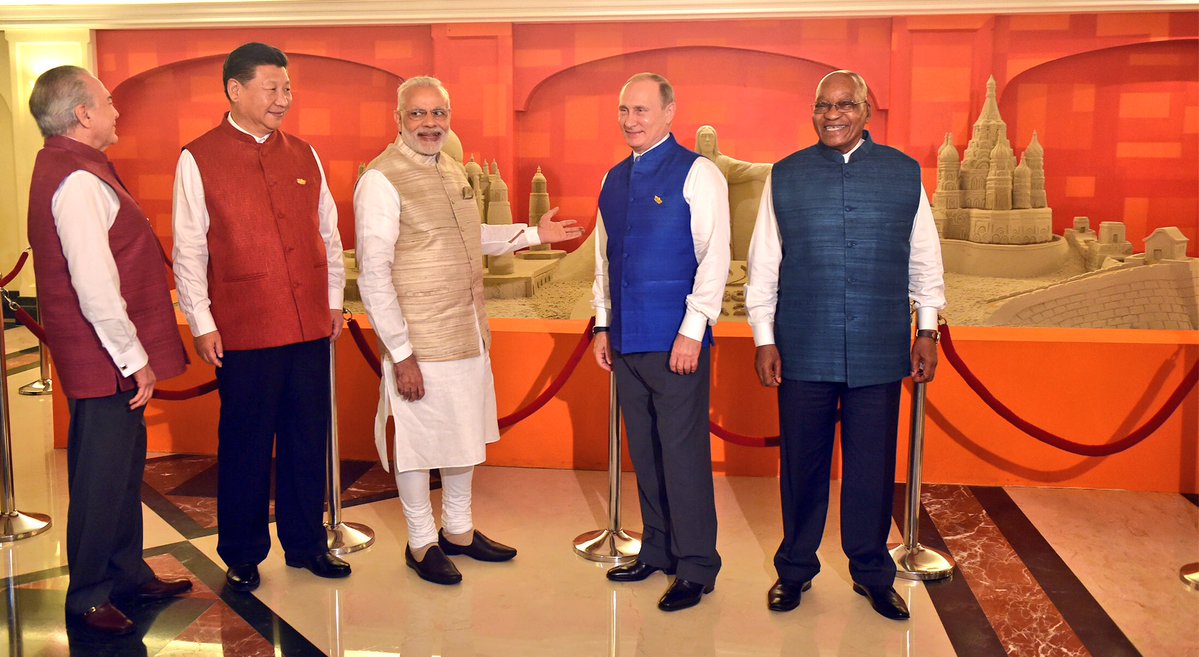 Bhubaneswar: Internationally acclaimed sand artist Sudarsan Pattnaik has shown his artistic marvel by creating monuments of five nations at the venue for the annual BRICS summit of leaders from Brazil, Russia, India, China and South Africa.

The BRICS Summit is being held in Goa.

He has created the Great Wall of China, Saint Basil Cathedral of Russia, Taj Mahal of India, Christ The Redeemer of Brazil and Afrikaans Language Monument of South Africa.

Interestingly, sands from the four countries were imported to Goa for making the monuments on sand.

The heads of the BRICS Summit including Prime Minister Narendra Modi witnessed the sand arts.

“I felt honoured when @BRICS2016 leaders took photo in front of my SandArt at Goa. Thanks to @narendramodi sir for giving me this opportunity,” tweeted Sudarsan. 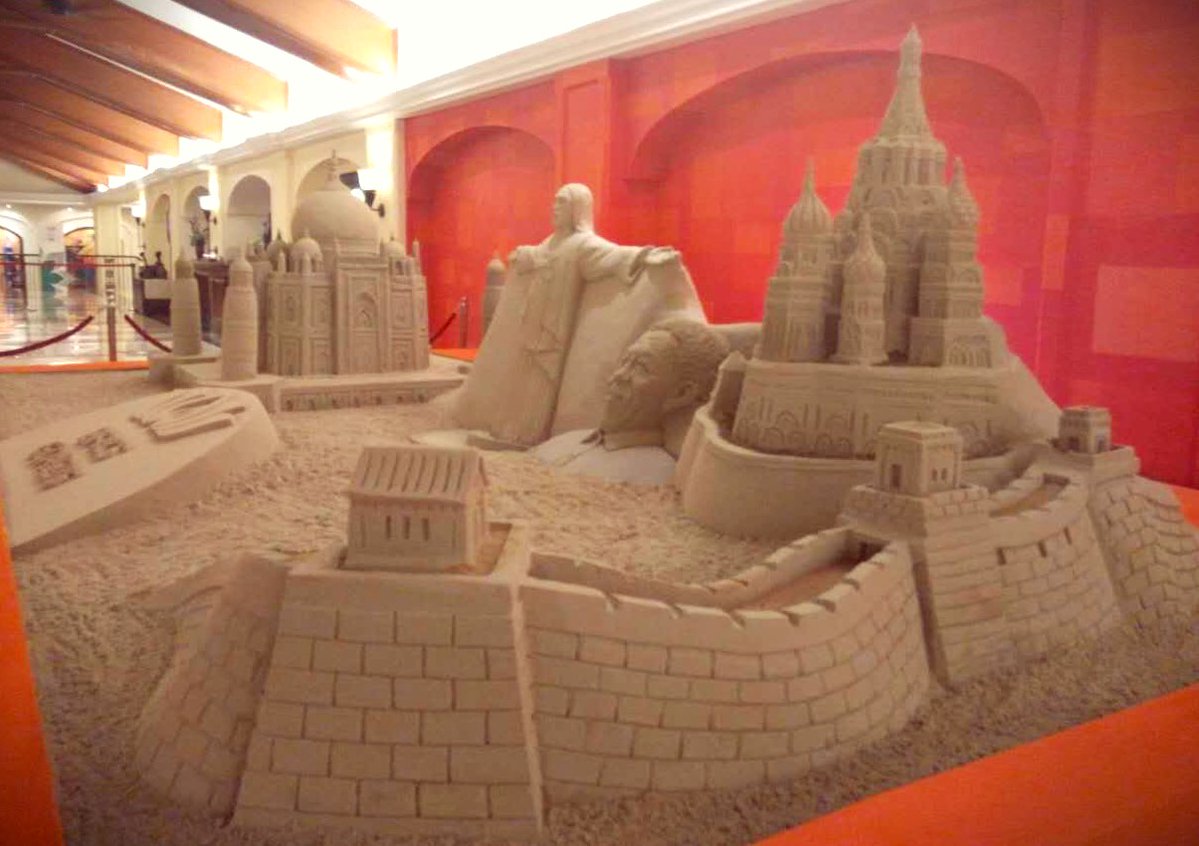