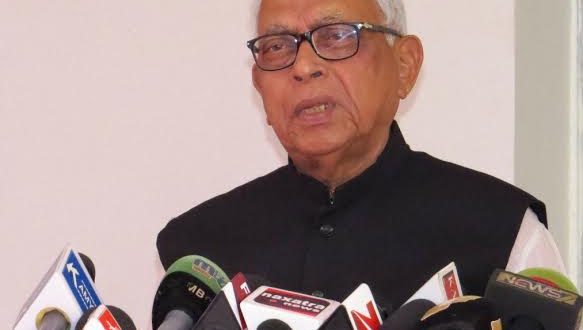 My Resignation Is A Rumor: Narasingh

Bhubaneswar: Senior Congress leader Narasingha Mishra on Monday denied that he has tendered his resignation from the Leader of Opposition post following his alleged rift with PCC president Prasad Harichandan.

“It was a rumor. Nothing like that happened,” Mishra told media persons after meeting Congress vice-president Rahul Gandhi in New Delhi.

He met Rahul for the second time in last two days.

Earlier, sources in the Congress said that Narasingh Mishra has sent his resignation letter to Congress high command due to his rift with Prasad Harichandan.

He, however, refused to comment on his ongoing tussle with the PCC president over several issues.

It may be noted that the Congress MLAs led by Mishra are camping in New Delhi and they are expected to meet several other central leaders in next two days.

They have also sought an appointment with Congress president Sonia Gandhi. She is unlikely to meet the Congress delegation due to her illness.