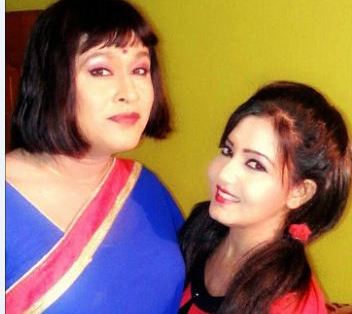 Bhubaneswar: Popular actor Shritam Das is making a comeback to the silver screen after a brief gap. He will come in a different and challenging character in his upcoming Odia movie Aunty Namaskar.

The audience will certainly enjoy Shritam’s comic timing in the movie. Shritam will be seen playing both male and female characters in the film. He will play the role of an aunty.

Zeena Samal plays opposite to Shritam.

The interesting fact of the movie is that all the actors will have their real names as their character names.

Actors like Mihir Das, Jurdge Tiadi, Suman, Rabi Mishra and Minakretan have acted in the film.

The film is produced under the banner of Dream Media Entertainment and directed by Niranjan Behera.

However, the release date of the film is yet to be announced by the production house.