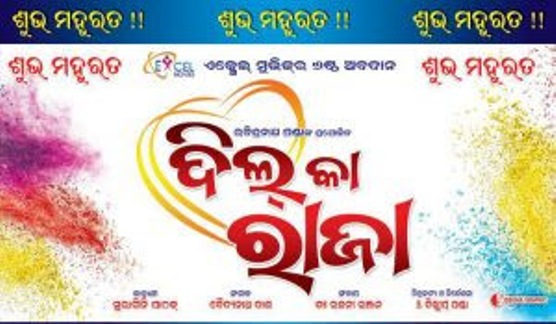 Bhubaneswar: The mahurat of Odia movie ‘Dil Ka Raja’ was held at CRPF Hanuman Temple in Bhubaneswar on Saturday.

The film will feature Jyoti Ranjan Nayak, Pinki and Debasmita in lead roles. The film is produced by Rabindra Panda and directed by Dillip Panda.

The story revolves around protagonist Raja who spreads happiness undermining his sadness. It is only after two girls Swapna and Neha come to his life when things change and this change forms the basis of the film.

The story of the movie is written by Bijaylaxmi Panda and music director is Baidyanath Dash.