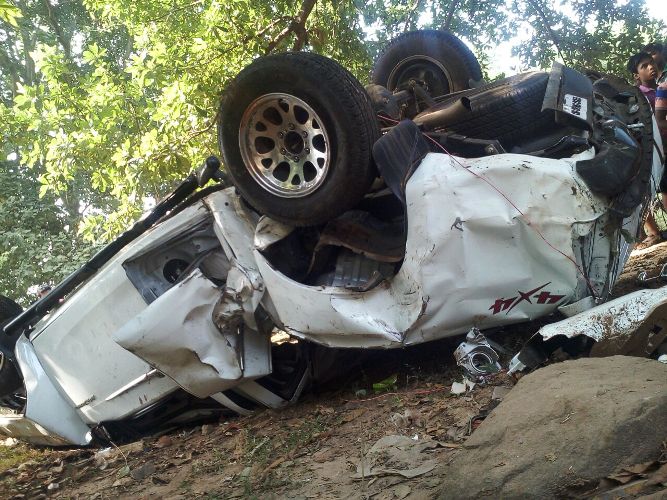 Cuttack: Ollywood actor Amlan Das is badly injured after he met with an accident on late Monday night at Cuttack.

The accident occurred near Markatnagar police station when a car in which Amlan and two others were traveling hit a tree after the driver lost control on the wheels.

Amlan and two others have been admitted to a private hospital in Cuttack.

Ollywood actor Mihir Das, who is the father of Amlan, said his son received injuries on head and one leg of the driver is fractured.

Both the driver and Amlan are safe and out of danger, said Das.