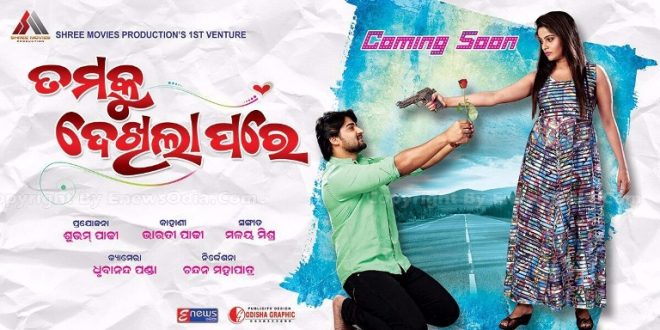 Bhubaneswar: Jhilik and Sambit starrer Odia movie ‘Tamaku Dekhila Pare’ will hit the silver screen soon. The movie is expected to be released in the New Year 2017.

Sources said the shooting of the movie has been completed.

Besides the two actors, Sidhant and Naina are also coming in the lead role in the film. After a long time, Naina Dash is returning the Ollywood industry.

Sambit and Jhilik  have already done an Odia movie “I Love You 2” under the direction of Sanjay Nayak. The audience would enjoy the sizzling chemistry of the two actors in the romantic movie.

This movie is produced under the banner of Shree Movies Productions and directed by Chandan Mohapatra.

Director Chandan Mohapatra said the shooting of the movie has been completed in different parts of Odisha like Rambha, Bhubaneswar, Chandikhol and Baripada.

Besides the story, the songs with beautiful locations will attract the audience to the cinema halls, said the director.