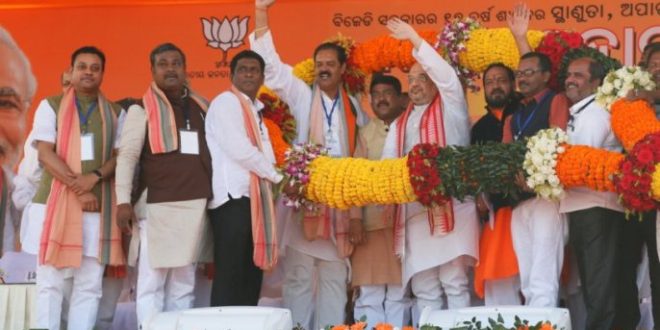 Bhubaneswar: BJP President Amit Shah on Friday lashed out at the opposition parties for criticizing the government’s demonetisation move.

“Only those have black money, they are feeling the pain after the demonetization move,” said Shah addressing the ‘Jan Jagran Maha Samavesh’ in Bhubaneswar.

Shah said demonetization has hit hard the opposition parties including Congress, SP, BSP, AAP, Mamata and Mulayam driving them to oppose the move.

“Till November 7, they were asking what has Modi done about black money. Now they ask Why have you done this for black money?” said Shah.

Speaking of border tension along LoC, he said the Indian army is giving a befitting reply to the Pakistani troops for cease-fire violations.

He also criticized the Naveen Patnaik-led BJD government in Odisha.