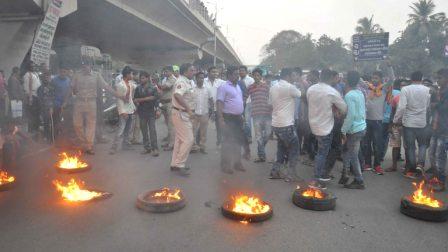 Trains and essential services will be excluded from the purview of the bandh, Khuntia said.

He said the party would continue its agitation till action is not taken against the Bhubaneswar Municipal Corporation (BMC) Mayor.

Earlier on Monday, observed a two-hour ‘Chakka Jam’ in all the municipalities and notified area councils (NACs) across the state demanding a high-level probe into the mysterious death of Asutosh Mohanty alias Rishi and links with the sex video.