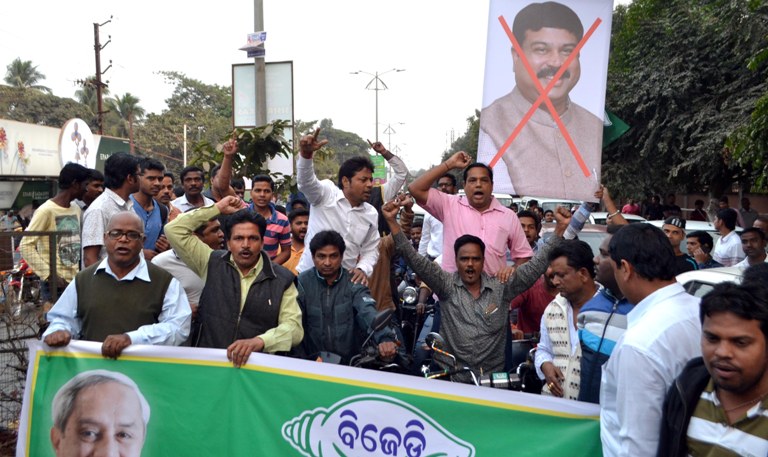 Bhubaneswar: After the Central Bureau of Investigation (CBI) conducted massive raids on the houses of BJD leaders, the ruling party in Odisha on Thursday cried of conspiracy being hatched to malign its image.

“CBI raid on BJD leaders’ houses two years after their interrogation is an attempt to malign the party. What is the motive behind the raid at this time? The CBI is used as a political tool against the opposition parties,” said BJD spokesperson Pratap Dev.

He said the raids are conducted to malign the image of the party and the state government ahead of panchayat polls.

The students’ wing and youth wing of BJD also took out a rally in front of CBI office protesting the move of the central agency.

“It was a conspiracy conceived by BJP and using CBI against BJD leaders before panchayat polls. The BJP is diverting attention as the party is drawing flak from different sections of the society after demonetization,” claimed BCJD leader Chinmay Sahoo.

The party also claimed that Union Petroleum Minister Dharmendra Pradhan is the man behind the CBI raids on the houses of BJD leaders.

The party workers also burnt the effigy of Pradhan.

However, BJP said the CBI is acting as per the direction of the Supreme Court. It further said that more leaders of BJD, who are involved in the chit fund scam, would be behind the bar soon.

“The CBI is acting as per the direction of Supreme Court and the recent raid was totally a legal activity. The law is taking its own course,” said BJP leader Prithviraj Harichandan.