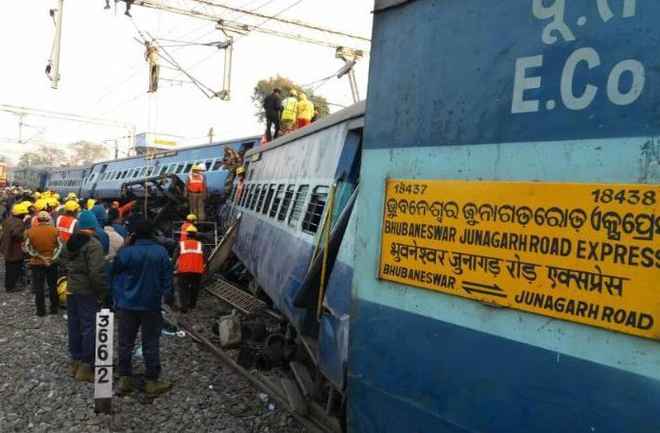 Bhubaneswar (Odisha): Expressing his grief over the tragic rail mishap near Odisha-Andhra border, Chief Minister Naveen Patnaik on Sunday directed to send a team of officials to monitor the situation.

At least 32 people were killed and lover 60 injured when the Jagdalpur-Bhubaneswar Hirakhand Express derailed in Andhra Pradesh’s Vizianagaram district on Saturday night. The incident occurred on Saturday night at 11.30 p.m., near Kuneru station.

“Express my deepest grief on the loss of lives and injuries in the derailment of Hirakhand Express train at Kuneru in Andhra Pradesh. I have instructed the Chief Secretary, DGP, and the Health Secretary to leave at once to Rayagada. I have just spoken to the Chief Minister of Andhra Pradesh to extend all support,” Chief Minister Naveen Patnaik said.

“Expect Railways to take all efforts for early relief & restoration. State is extending all support to Railways in this hour of distress,” Patnaik added.

“My thoughts are with those who lost their loved ones due to the derailment of Jagdalpur-Bhubaneswar Express. The tragedy is saddening,” the Prime Minister’s office said in a tweet quoting Modi.

“I pray for a speedy recovery of all those injured due to the train accident,” said Modi.