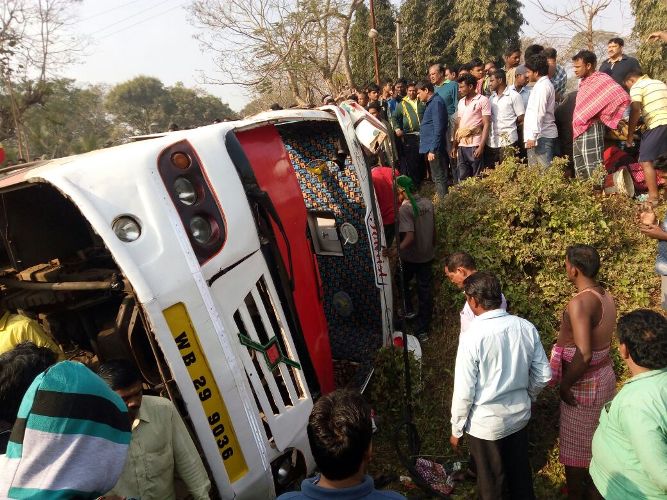 Bhubaneswar (Odisha): At least 40 persons were injured when a tourist bus from West Bengal turned turtle while returning from Dhauli Buddhist site, on the outskirts of Bhubaneswar, on Tuesday.

The incident occurred when the driver lost control on the wheel, said sources.

Sources said about 65 persons including four children were on the bus. The tourist bus was from Medinipur in West Bengal.

The fire personnel and local people rescued the injured. They have been admitted to the Capital Hospital here. 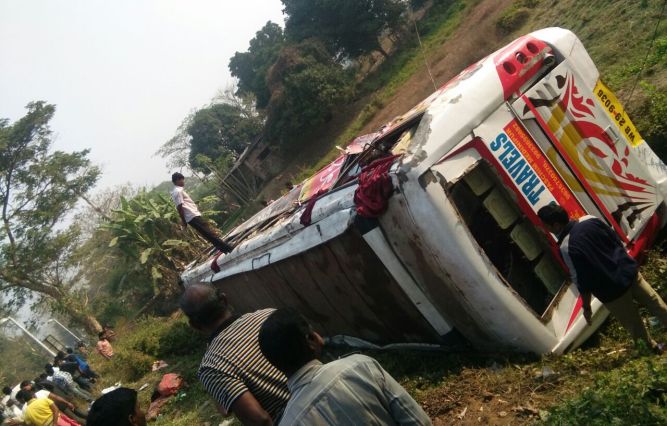 Sources said some injured persons have been shifted to SCB Medical College and Hospital after their health condition deteriorated.

The local residents pulled the injured passengers from the bus and alerted the local administration. Moreover, they played a crucial role in shifting the injured to Capital Hospital.

In the meanwhile, commissionerate police have begun an investigation into the mishap, sources added.