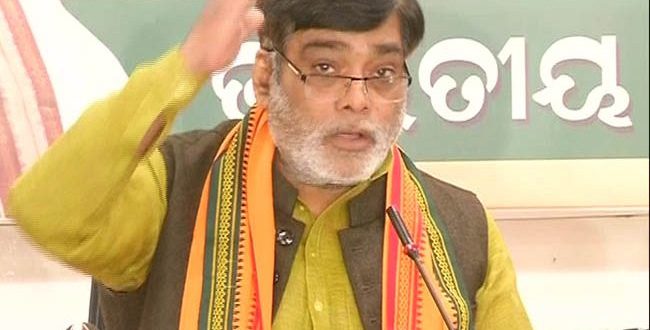 Bhubaneswar: Union Minister of State for Rural Development Ram Kripal Yadav on Saturday once again hit out at the ruling BJD for indulging in corruption and misutilising Central funds in Odisha.

“The Centre has been allocating enough funds to the Odisha Government for rural development, but there is no proper utilisation in implementing the developmental programmes as the bureaucrats and the ruling party leaders are busy in misappropriating a major chunk,” he alleged.

He further alleged that the ruling party leaders and bureaucrats are claiming 20-25% of the financial allocations from the contractors in the implementation of Pradhan Mantri Gram Sadak Yojana (PMGSY).

“Not only this, the beneficiaries of Awas Yojana are also being asked to cough up Rs 10,000 for each house. Similar is case with the beneficiaries in the construction of toilets in rural areas,” said the Union RD Minister.