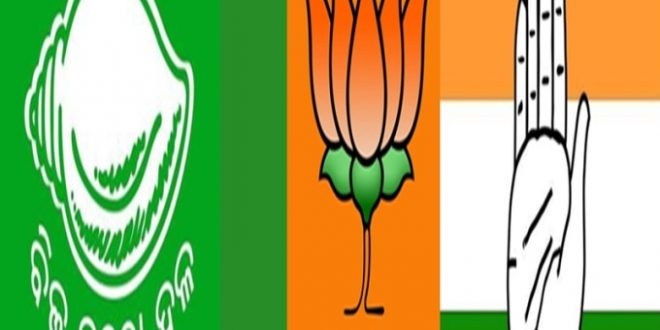 Bhubaneswar: In what could be a major jolt for the ruling Biju Janata Dal (BJD), the Bharatiya Janata Party (BJP) emerged as a major gainer in the first phase of Panchyat elections.

According to the unofficial figure that was collected from the counting spots, BJD has remained front runner with 103 seats while BJP has secured 71 Zila Parishad zones in the state. Congress managed to get only 11 zones while independent candidates and others got three.

The first phase polling was held in 188 Zilla Parishad (ZP) seats spread over 65 blocks in 29 districts where 716 candidates were contesting. Elections were also contested for 1,506 Sarpanch and Samiti member posts.

In Kalahandi district, the saffron party made a clean sweep by winning all the nine ZP seats. While in Ganjam district the ruling party won 12 of the 16 ZP seats, in Balasore district, nine of the 10 seats were claimed by the ruling party and the lone went for Congress.

On Monday, at least 71 per cent of the 58,28,446 voters exercised their franchise in the first phase of the three-tire poll which was by and large peaceful barring some stray incidents of violence which left at least four persons injured.