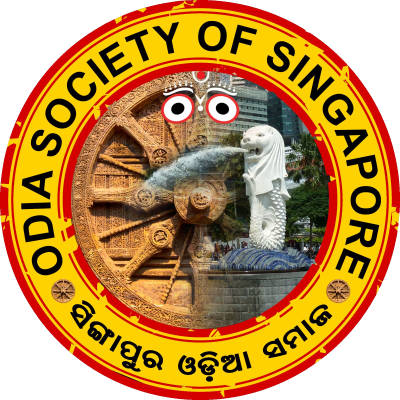 Bhubaneswar: Discontentment is brewing in Odia Society of Singapore, a socio-cultural organization of Odias living in the island city, over the functioning of the organization.

The president of the Odia Society of Singapore, Sambit Kumar Mishra, has convened the Annual General Meeting (AGM) on June 11 to elect new office bearers for the Society for the year 2017-18. However, many of the members see that there is an attempt to manage the elections by vested interests.

Since it is school holiday time, many NROs are away from Singapore on vacations. Moreover, the AGM date coincides with a cultural programme by an Odissi dance organization run by an Odia danseuse.

So, as many active members would not be able to attend the AGM, the elections would not reflect the real representation of the Society members, apprehends many members.

Satyabrata Panda has posted: “Can we please consider postponing the AGM meeting by just one month after the school holidays so that majority of us will be able to participate in the meeting?”

Sandip Kundu: I believe that the committe members were apprised of the fact that during the school holidays many would be on vacations and therefore the AGM should not be held during this time. Also, coincidentally, many members are involved in a dance festival (which is a part of a global series of events) on the evening of 11th.

If the committee members wish a healthy and well participated AGM, then the date should be moved to another day. Online polls can be used evaluate a date which suits the most to members eligible for AGM.

Preeti Jaiman: Thanks for arranging the meeting. As a member I would like to participate but unfortunately this meeting collides with another Odissi dance event. I would like to request the core members to postpone the meeting to first week of July….Thanks!!!

Rasmirekha Mohapatra: The decision has been taken in whose interest. As most of us will be travelling during June holiday how our representatives r going to ensure maximum participation for AGM.

Rasmirekha Mohapatra: On d other hand dr is a caltural programme planned on dt same day and time where many of our children taking part .The society is well informed abt it & also invited for it. So again the same question arise . Is it inten…..

It is high time to play a FAIR game. Without being driven by power and biasness

In fact, a group of members have represented the society office bearers stating: The decision on the date and time is another example of the way the society is functioning which clearly reflects the high handedness of a few office bearers who are indifferent to the greater cause of the society and wish to continue with their narrow objectives through selective participation in the AGM. This is very disturbing and hence we all should come forward in raising our voice in deciding a suitable date for the AGM.

The trouble in the Odia Society started sometimes in April, 2017 when the office bearers made preparation for Odisha Day Celebration on April 15. As the cultural programme was not representatives of the Odias living in Singapore, many members raised a voice. Feeling that the Society is not functioning as it should be, several members petitioned for convening the AGM. They pointed out that as per the Registrar of Singapore (ROS), the AGM should be held every year within 3 months( or at least 6 months) after the closure of the financial year. However, the AGM had not convened for over two years.

Buckling under pressure from the irate members, the officer bearers have convened the AGM on June 11.

However, finding an evil design in the fixing of the date for the AGM, members have started raising their voices against the office bearers.  More trouble is awaiting if their demand to postpone the AGM is not fulfilled.