Bhubaneswar: The Odisha government on Wednesday said that regional flight connectivity will start from Jharsuguda airport by the first week of February next year.

This was discussed at the State Level Coordination and Monitoring Committee meeting held under the chairmanship of chief secretary Aditya Prasad Padhi here.

It was known from the review meeting that the infrastructure of the airstrip at Rourkela is now ready.

The Obstacle and Limitation Surface (OLS) Survey of all the four airports has been completed.

The chief secretary directed to expedite the process for finalization of operational details for Rourkela airstrip.

Director General of Police Rajendra Prasad Sharma apprised that around 135 police and 27 fire personnel from Odisha government have already been trained for providing security and fire services in the regional airports.

Available data shows that 5 airstrips of Odisha including Biju Pattanaik International Airport have been selected for Phase-I of Regional Connectivity Scheme ( RCS)-UDAN. Other 4 airstrips are Rourkela, Jharsuguda, Utkela (Kalahandi) and Jeypore (Koraput).

Biju Pattanaik International Airport will serve as mentor airport for RCS. Jharsuguda airport has been developed under the joint aegis of Airport Authority of India (AAI) and Govt of Odisha.

Rourkela airstrip will be operated by AAI with security and fire personnel support from Government of Odisha. The other airstrips at Jeypore and Utkela are being developed with funding from both the state government and AAI.

It may be pertinent here to mention that Govt of Odisha is providing both the manpower and financial support to make the regional connectivity scheme viable during initial periods.

The state government has decided to reduce VAT from 5% to 1% and provide 20% of the Viable Gap Funding. It is also providing land, security and fire services. The electricity and water would also be provided at a minimum rate.

It is expected that such subsidies and financial assistance will keep the ticket cost at an affordable level. Sources said the average price of a ticket to be paid by the passengers for these flights would be around two thousand and five hundred. 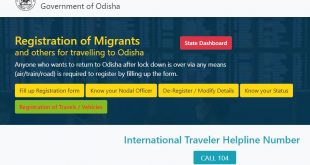