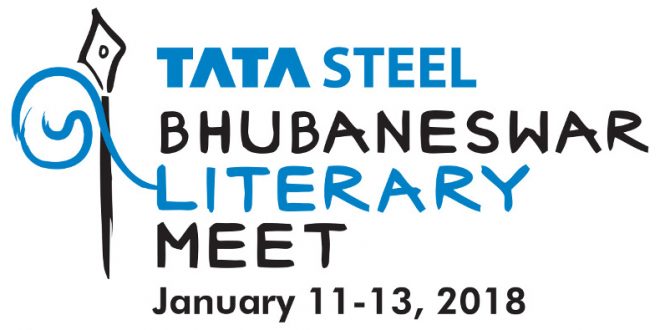 Bhubaneswar: Tata Steel on Thursday announced that the third edition of the Tata Steel Bhubaneswar Literary Meet (TSBLM) will be held from January 11-13 at Hotel Trident here.

Legendary writers Ruskin Bond and Manoj Das will inaugurate the meet on January 11. Now in its third year, the literary meet is being organised in association with the Sambad Group.

The meet is open to all and all programmes are scheduled to be held at Hotel Trident.

The list of participants at the meet this year comprises some of India’s finest storytellers and chroniclers including Ruskin Bond, Manoj Das, and Mark Tully. Kiran Nagarkar, Pratibha Satpathy, Prayaag Akbar, Ravi Subramanian and Barkha Dutt are some of the other stalwarts who will be speaking at the meet.

TSBLM will also feature some of the best of contemporary Odia literature, with the likes of Sahitya Akademi award winners Paramita Satpathy, Ramachandra Behera, Jatindra Nayak and Gourhari Das.

Eminent actress and filmmaker Nandita Das will be present to showcase her upcoming biopic of legendary writer Saadat Hasan Manto.

Among the cultural presentations in this year’s event are a Short Film Matinee, featuring critically acclaimed films from the ‘Royal Stag Barrel Select Large Short Films’ collection, a performance of A Million Sitas by the renowned dancer Anita Ratnam, and readings from William Dalrymple’s The Last Mughal by the author himself, accompanied by vocalist Vidya Shah.

“Though we began TSBLM in 2016, the annual event has become a much-awaited part of the city’s cultural calendar. The event is not limited just to the literati but also aimed at young minds of the society,” said Mr Chanakya Chaudhary, Group Director, Corporate Communication and Regulatory Affairs, Tata Steel. “At Tata Steel, we have always believed in promoting sports, art and literature as a responsible corporate citizen. We want to make TSBLM bigger and better with each passing year,” he added.

“It is the job of mass media to connect people with people. Sambad has been working for the cause of language and literature since its inception. Our association with BLM is another step in that direction,” said Sambad founder editor Mr Soumya Ranjan Patnaik.

“Our literary meet goes beyond literature and embraces numerous other arts such as music, dance, theatre, and cinema, thereby highlighting the inter-connectedness of the arts. As a result, each day at BLM will feature a diverse range of themes and presentations,” said Ms Malavika Banerjee, Director of Gameplan, the event partners for TSBLM since 2016. 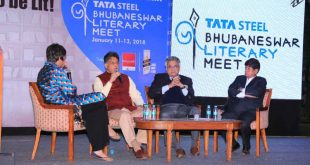 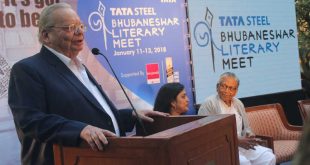 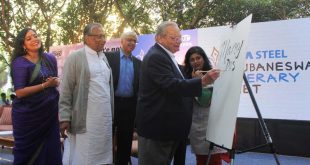