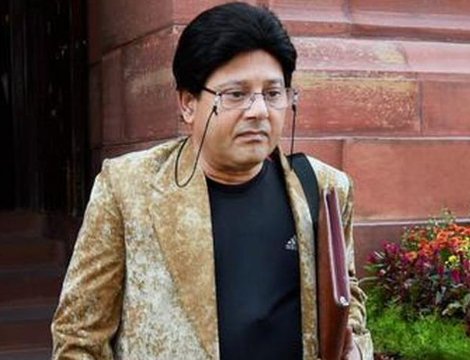 Bhubaneswar: Orissa High Court on Thursday granted conditional bail to Trinamool Congress (TMC) MP Tapas Pal, who is in jail after being arrested for his alleged involvement in the Rose Valley chit fund scam in West Bengal.

Tapas Pal was granted on bail amount of Rs 2 lakh with two sureties. The court also directed to deposit Rs 1 crore in the bank and submit his passport to the investigating officer.

The Central Bureau of Investigation (CBI) had arrested TMC MP from Kolkata in December 2016 for his alleged involvement in Rose Valley chit fund scam.

He was brought to Bhubaneswar for interrogation and was lodged in Jharpara jail here.