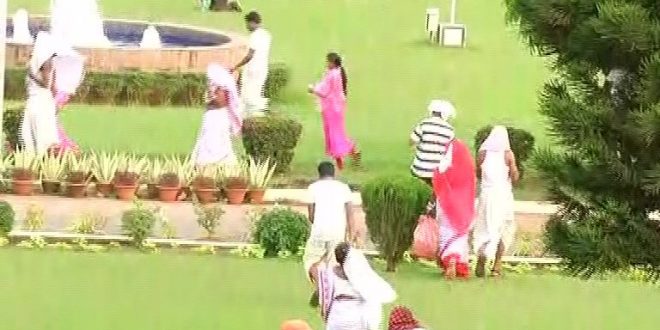 Bhubaneswar: Panic gripped among officials and visitors after swarms of bees attacked them at the state Secretariat here on Thursday.

The incident took place when some tribals were waiting at the secretariat lawn in the afternoon. They were waiting for a programme to begin.

Several victims stung by bees have been admitted to the Capital Hospital and undergoing treatment.

A majority of the affected persons were tribal people who had come to participate in a State level programme on Thursday afternoon.

It was seen that the officials and visitors were running helter-skelter to escape from the bee attack.

Sources said the honeycomb in the verandah of the secretariat building was disturbed after which the bees went berserk and attacked the people.