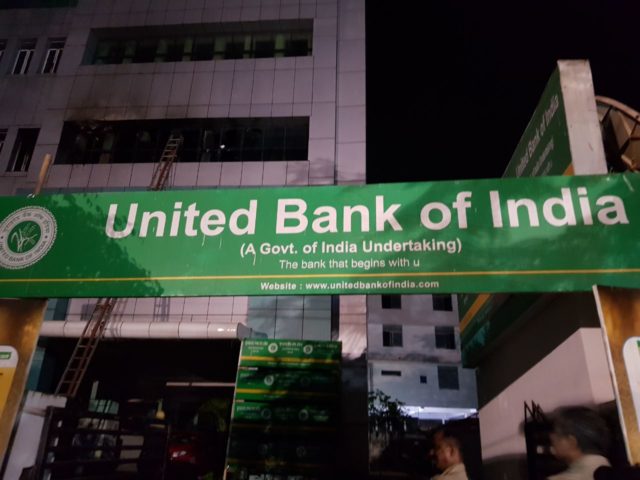 The intensity of the fire was such that three fire vehicles took a minimum of one hour to control it. However, no casualty has been reported in the incident.

The reason behind the spread of the blaze was yet to be known.

According to reports, the fire spread all of a sudden in the bank’s second floor during the night.

According to reports, the blaze in the building’s first floor was initially spotted by the bank’s security guard around 1.30 am.

On being informed by locals, fire vehicles rushed to the spot and doused the fire.

“Official documents and computers have turned into ashes in the fire,” an official of the bank said.