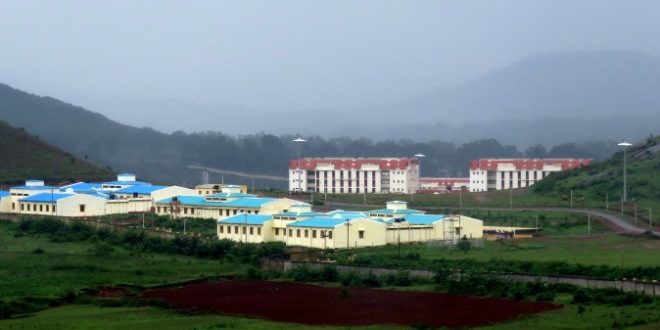 Koraput: The Central University, Odisha has been declared sine die following student unrest over non-fulfilment of various demands on Thursday.

The authorities of the Central University of Orissa, Koraput clamped sine die at the campus till further order, following students’ protest demanding fulfilment of the 60-point charter of demands.

The students have been advised to vacate their hostels by 10 AM and asked to leave the campus by 11 AM in a notification issued by the varsity registrar last night.

It may be noted that students have been demanding fulfilment of as many as 60 demands for long. As authorities didn’t listen to their demands, they began staging agitation yesterday.

Vice-chancellor of the varsity Prof. Sachidananda Mohanty said, “The students were out of control and there were chances of violence, so we had to declare sine die to maintain discipline on the campus. Students have been asked to vacate the premises by 11 am and notices have been issued in this regard. Police have been asked to take the charge.”

A discussion between the agitating students and varsity authorities went inconclusive earlier yesterday.

Students are demanding immediate filling up of faculty positions lying vacant in different departments, setting up of more departments, purchase of instruments for laboratory, more books for the library, upgradation in hostel infrastructure, free Wi-Fi facility, Auditorium, ATM facility in the campus among others.